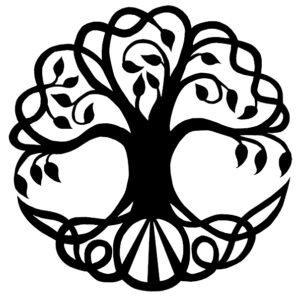 About the Gnostic Celtic Church

The Gnostic Celtic Church (GCC) is an independent sacramental church of nature spirituality affiliated with the Ancient Order of Druids in America (AODA), a contemporary Druid order.  The GCC functions as the center of the religious dimension of the AODA tradition, and is responsible for the education and ordination of Druid clergy in AODA.

The GCC does not train clergy to do the work of leading congregations, providing weekly worship, officiating at life cycle rituals, offering pastoral counseling to parishioners, or addressing political and social causes. However, if a clergy member’s personal Awen calls them to a path of service they are encouraged to seek formal training in these and/or other forms of spiritual service in order to enrich their experiences and contributions to the GCC.

Originally the  GCC chose to establish what has historically been  called a regular clergy, as distinct from a secular clergy—that is to say, something much closer to “hermits” than to “ministers”. As such the GCC has traditionally attracted  people who have chosen to embrace a spiritual path centered on a personal Rule of Awen:  one in which the core principle of aligning the whole life with the spiritual dimensions of reality can express itself in forms relevant to the individual practitioner and the present age, in which a rich spiritual life supported by meaningful ceremonial and personal practice can readily coexist with whatever form of outward life is necessary or appropriate to each priest or priestess. This concept, described by the GCC as “the Hermitage of the Heart,” is at the core of what the GCC offers to those members of AODA who feel called to a path of devotion and service as a priest.

For those who desire a deeper experience of the contemplative life the GCC offers a monastic path through the Gnostic Celtic Church Monastery (GCCM), where clergy can concentrate on internal devotional practices as “monks in the world”.

The Preceptor guides and coordinates the priestly path of the GCC and is the contact point for all matters involving the application process and this path. The GCC Preceptor can be contacted at the Gnostic Celtic Church for more information.

The Abbot guides and coordinates the GCC Monastery and is the contact point for all matters relating to the Monastery, including the application process and the monastic path within the GCC. The Abbot can be contacted at the Gnostic Celtic Church Monastery for more information.

Teachings of the GCC

Requirements for the Monastic Path